Import plastic mulch film from China, what you need to know

Import plastic mulch film from China, what you need to know?

Building greenhouses and covering mulch film are very common in today's agricultural production, but covering mulch film for wheat is rare. In 2021, the sowing of wheat in Hejin was generally delayed due to flooding, especially on both sides of the Fenhe, where wheat was delayed due to severe water logging. For this reason, the local government decisively launched the reserve technology of very late sowing wheat covered with full mulch film in winter, mainly to make use of the warming effect of plastic mulch film to prolong the growth time of wheat before winter and early spring, and to make up for the deficiency of ontogeny of late sowing wheat. Yao Junjie, director of Hejin City Agricultural and Rural Bureau, told reporters that under unfavorable weather conditions, the total wheat sowing area in Hejin City has risen instead of fallen, and according to the yield increase in previous years, the average yield per mu can increase by 100 kilograms, so 10,000 mu of mulch film wheat can increase by 1 million kilograms, which means that Hejin has "covered" a Thousand tons of grain with 60tons of plastic mulch film!

What are Plastic Mulch Films?

Plastic Mulch film looks like a thin layer, but it is quite useful. It not only improve soil temperature, water conservation, soil conservation, fertilizer conservation and fertilizer efficiency, but also has many functions, such as weed control, preventing diseases and insect pests, drought and water logging prevention, inhibiting salt and protecting seedlings, making fruits sanitary and clean, and so on. For those newly unearthed seedlings, it has the function of protecting root and promoting growth. For some areas with low temperature, little rain, dry and poor ridge, short frost-free period, it has strong relevance and applicability. And it is suitable for more than 50 kinds of crops, such as grain, cotton, oil, vegetables, melons and fruits, tobacco, sugar, medicinal herbs, tea, trees, etc. It makes crops generally increase 30%-50% yield and 40%-60% value-added..

How Does Plastic Mulch Film Work?

At the same time, because part of the stored heat is preserved and transported to the lower soil. At night, these more stored heat, constantly transported to the ground in the much film, thus slowing down the decline of the temperature of the mulch film coated ground. Due to the low temperature at night, a large number of moisture in the soil will condense along the mulch film surface, and part of the condensation heat will be released. So the temperature of each soil layer under the plastic mulch film is higher than that in the open field.

What are the different types of mulch film?

Sometimes also known as ground cover or agriculture film, they have a wide variety of colors, different colors have different uses. And there are also some special-purpose mulch films. There are weed control film, biodegradable film, perforated film, silver and black film, red plastic much, ginger special film, reflective film, etc. Here is a further explanation of these mulch films:

Black mulch film has low light transmittance, only 1-3%, thermal radiation only 30%-40%. The heat is not easily transmitted to the soil, so it can effectively prevent soil moisture evaporation, can significantly inhibit weed growth, but the temperature increase is slower, not as good as transparent film. Ground cover can significantly reduce surface temperature, inhibit weeds and maintain soil moisture. It is mainly suitable for serious weed plots and high temperature season cultivation of summer radish, cabbage, autumn cucumber, late tomato, especially suitable for summer and autumn season anti-high temperature cultivation; create a good growth and development environment for the crop roots and improve the yield.

That is an ordinary plastic mulch film, with good light transmission, its light transmission and thermal radiation rate can reach up to 90% or more, but also has a reflective effect, which can improve the light conditions of the middle and lower leaves of the plants. It is suitable for use in spring and autumn. It is widely used to increase temperature and store water and protect droplets in spring. In addition, after covering the ground, it can also improve the activity of soil microorganisms and improve the content of soil organic matter.

As the name suggests, one side is black and the other side is silver, the light transmission rate is about 15%, the reflectivity is higher than 35%, it can reflect ultraviolet light, this mulch film has the function of heat preservation, moisturizing and avoiding aphids. Let the silver side facing up, which can increase the reflective light on the ground, and is beneficial to the coloring of the fruit.

Red mulch film is made of polyethylene resin with infrared-transparent additives, so that the film can transmit more infrared light, it can block the transmission of other colored light that is not conducive to crop growth, increasing the soil temperature. It can stimulate crop growth more than black mulch film; the plants will use more energy for aboveground photosynthesis, so that crop growth is exuberant.

Perforated Mulch film is a type of mulch film, which is perforated evenly on the mulch film, according to a certain laws, which saves time and effort by not requiring manual perforation when using it. It can be produced with different hole diameters according to the customer's plant spacing and row spacing. Hole diameter 1cm, 4cm, 6cm, 8cm, 10cm, etc.

Fabric mulch cloth is a kind of ground cover material woven with PP or PE. It is mainly black. Compared with other mulching materials such as plastic mulch film, Fabric much cloth has better water permeability and air permeability, and this woven structure can ensure that the roots of crops are breathable and permeable, so that the air in the roots has a certain mobility, thus preventing the roots of fruit trees from rotting. In case of rapid rain, it can drain quickly to prevent waterlogging from affecting crop growth. Good drip retention effect, and it can effectively restrain weeds for a long time. It has high physical strength, high tensile strength and long service life, generally can be used for 3-6 years. It is suitable for perennials fruit trees and trees.

Non-woven mulch film is a kind of cloth covering with good air permeability, moisture absorption and light transmittance, which has the functions of cold-proof, moisturizing, frost-proof, frost-proof, light transmittance etc. It also has the characteristics of light weight, easy to use and corrosion resistance, etc. Thickened non-woven fabric can also be used for multi-layer mulching because of its good heat preservation effect.

Biodegradable mulch film is a new type of film, which is divided into two types: biodegradable mulch film and compostable mulch film. Biodegradable much film is  produced by PE raw materials with a certain percentage of plant starch and some additives, After use, it can decompose naturally under the comprehensive action of sunlight, temperature, humidity, minerals and microorganisms (such as bacteria, fungi, algae, etc.) and the final product is water, carbon dioxide, and biomass. Compostable mulch film is a new type of film, produced from a mixture of PLA and PBAT that can be completely decomposed into water and carbon dioxide by microorganisms in a composting environment. Compostable plastics must follow strict international industry standards such as EN 13432 and ASTM D6400, which give the biodegradation of any solid material for composting within a certain period of time (within 12 weeks) specifications. Therefore, compostable plastic mulch film is biodegradable and non-toxic and non-hazardous to the soil.

The Production: What Plastic Mulch film is Made of？

The Process - How Mulch Film is Made:

Mulch film is a kind of Low-density polyethylene film is generally made by a blow molding process, The melting point of polyethylene is 130℃～145℃. the PE plastic particles are heated and melted to blow into film, the molten plastic through the head filter to remove impurities from the die head mold mouth, after blowing, wind ring cooling by the herringbone plate pressure, by the traction rollers to roll the finished film into a tube. After the extruding process, The process of blowing vinyl into a plastic film can take up to two hours. Different colors of masterbatch can be added during production to blow out different colors, widths, and thicknesses of films.

After blowing film, before winding up, through the automatic high-speed perforated machine, perforating speed of about 80m/min. According to the pre-set hole distance and hole diameter, it can produce a variety of perforated films, width 0.5m -2m, hole diameter: 5mm-100mm, spacing:10cm-100cm.

The packing process is very important because it will help you to ensure that our customers will get their order on time. There are several ways that you can pack, but the most common way is to pack in rolls or fold it on single piece. And then pack it in cartons, In addition, single piece folded packaging, very beautiful and durable,  because it can protect the goods from damage or damage during transportation, suitable for supermarkets, stores and other end sales.

A Guide on Using Plastic Film

When Can We Use It?

Improves fertilizer utilization and increases soil nutrients. Mulch film can prevent sun and rain, prevent fertilizer loss, increase soil temperature and strengthen the absorption capacity of plant roots. As soil temperature and moisture conditions improve, it is conducive to microbial activities, which facilitate the decomposition of soil organic matter and minerals and increase soil nutrients. Therefore, mulch film can give full play to the fertilizer effect.

How to import Plastic Mulch Film from China?

Any company with import qualification can import mulch film from China with the permission of the local government, the process is as follows.

2, Select a suitable Chinese supplier, confirm product quality and sample details, negotiate delivery terms: FOB, CIF, DAP, DDU, etc., payment terms: TT or LC, delivery time, and other terms, sign a contract or PI, the buyer pays a certain percentage of deposit or open a letter of credit according to the terms of the contract. The seller arranges the production of goods.

3, When the goods are finished accordance with buyer’s quality requirements, According to the contract negotiation terms, arrange the booking of shipments. FOB: the buyer appoints the freight forwarder to arrange the booking and shipping, the buyer pay sea freight and insurance. CIF: the seller appoints the freight forwarder, the seller pay sea freight and insurance.

5, After receiving the documents, the buyer will contact the local freight forwarder to arrange customs clearance, commodity inspection, pay taxes and inland transportation, complete the delivery procedures and pay all customs clearance fees.

How much does the cost of import a 20’ container of mulch film from China to the United States?

What are the HS Codes of Mulch Film?

The first six digits are common internationally, and the last four digits may vary slightly from country to country.

Here is the list of the HS Codes of plastic film.

HS Code for Plastic floor coverings, in blocks or in rolls, whether or not glued

HS Code for Other plastic products

HS Code for Other plates, sheets, film, foil, and strip, of plastics, noncellular and not reinforced, laminated, supported, or similarly combined with other materials:

HS Code for plastics of polymers of ethylene

At the same time, the market demand of biodegradable mulch film is increasing, which is friendly to the air environment and improves the physical properties of the soil. The bulk density of the soil covered with mulch film is smaller than that without mulch film, and rainfall makes the oxygen content in the soil higher than in the open ground, thus facilitating the growth of plant roots. It also has less soil erosion, prevents soil slumping and improves soil physical and chemical properties. 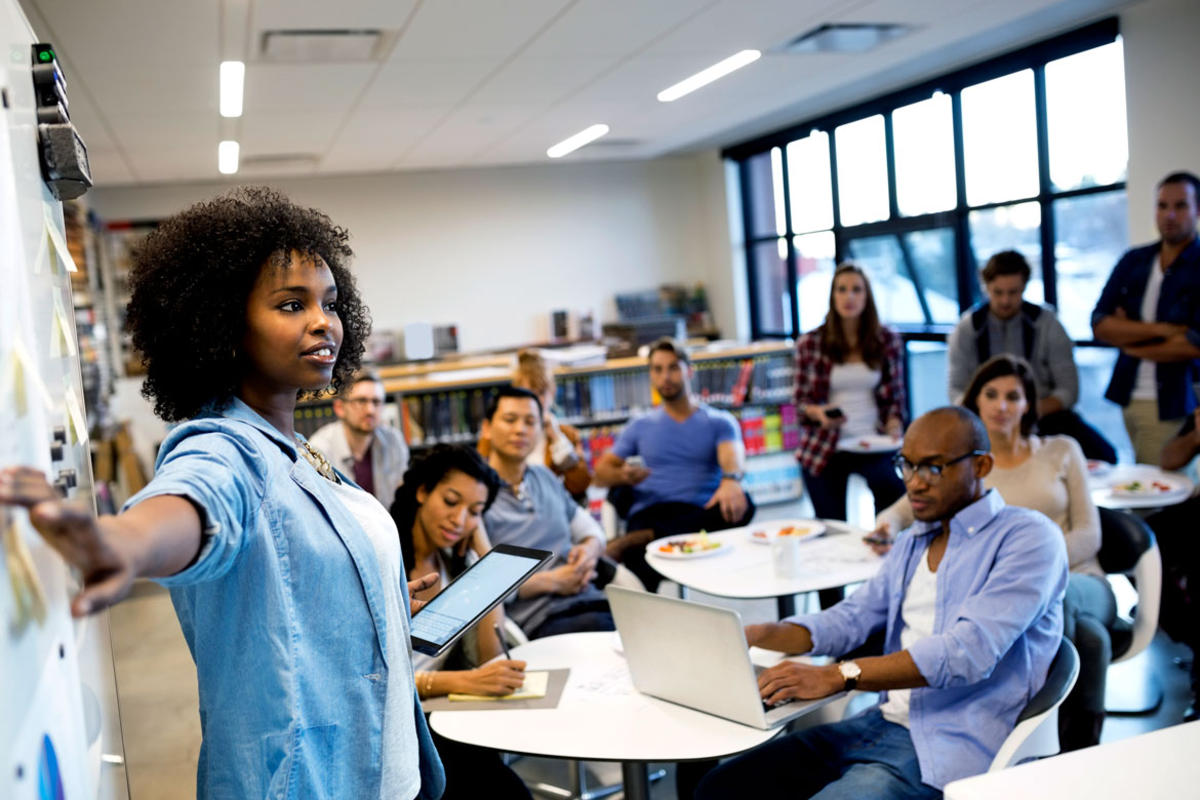